What Is A Vent Free Fireplace | Blog | Von Tobel

What Is a Vent Free Gas Fireplace?

How To Clean Vinyl Plank Flooring

Are you thinking about adding a gas fireplace to your home? Having a fireplace in a room warms the space, both literally and figuratively.

Gas fireplaces are much cleaner and more convenient than wood fireplaces. Many homeowners are surprised to find that a vent-free gas fireplace is more efficient than its vented counterpart. Many gas fireplaces use fireplace inserts. These are installed inside existing fireplaces (usually wood-burning ones) that are seldom used. Fireplace inserts are fireproof boxes enclosed in steel or cast iron with insulated glass on the front. This configuration creates a closed combustion system that is much more energy-efficient than any open fireplace.

Modern gas fireplaces have a look and feel of old-style wood-burning fireplaces. However, they function without all the clean-up in the fireplace and soot build-up in the flue. How Does a Vent Free Gas Fireplace Work?

Vent free fireplaces draw the air for combustion from the surrounding room, add fuel like natural gas or propane, and an ignition point known as the burner. Once the fuel is burned, the heat produced is sent back into the surrounding room. Sending the warmth back to the room instead of out an exterior vent pipe makes it 99.9% efficient.

Setting Up A Vent Free Unit

Setup can be achieved two ways. One, by adding a log set and burner into an existing masonry wood burning fireplace that is in good working order. Or two, by adding a vent free insert, like was described earlier.

There are a lot of safety features that vent free systems have that other versions don’t. For example, an ODS- Oxygen Depletion Sensor, which makes the pilot assembly the equivalent to an electrical circuit breaker. It also has an automatic gas valve, internal regulator, precision burner, and a piezo igniter, which all make them a very safe and clean method of heating in comparison to a wood fire.

Vented and vent-free gas log sets differ in three areas. These are:

Vent free burners are designed to burn at a rate that allows it to burn off hazardous chemicals like Carbon Monoxide. A vent-free gas log set safely disperses gas combustion by-products directly into the room where it’s located allowing them to be 99.9% efficient.

Vented log sets are often described as more realistic or natural in the look of the flame, but are less efficient by nature. They often burn at a much higher BTU using more gas- but since they must have an open damper, some of the efficiency drops because you lose some heat out the chimney. Vented log sets in a traditional wood burning fireplace require a working chimney and a damper that can never be closed. Those features make them on average about 75-80% efficient depending on the situation.

And direct-vent fireplaces release those combustion by-products through double wall pipes that vent outside which makes them in average setups 70-80% efficient depending on venting methods and other factors.

A vent-free gas fireplace will bring you years of warmth and enjoyment. Not only will it enhance the look of the room where you install it, but it burns with minimal by-products and is almost effortless to maintain.

And always use your vent-free gas fireplace safely. Stay Warm and Enjoy the Fire

If your home doesn’t have a fireplace, you can find a selection of vented fireplaces in most fireplace stores. At Von Tobel, we install and service high-quality Empire, Montigo, Majestic, and Monessen brand fireplaces. We can also convert your old wood-burning fireplace into a vent-free gas fireplace.

Von Tobel is a supplier of quality building materials to professional contractors and homeowners. We are an employee-owned business who pride ourselves on our knowledgeable and experienced staff, especially in our fireplace department.

We have multiple full time certified service and install technicians. So if you want a new fireplace, or need fireplace parts or service, please reach out today. 6 Tips To Stay Within Your Kitchen Renovation Budget 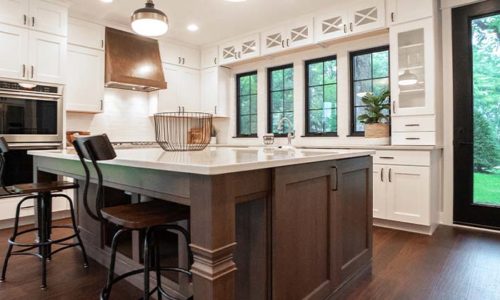